One of the best-known works in the string repertoire is Tchaikovsky’s Violin Concerto. This piece has received thousands of performances worldwide since its first performance in 1881 and has been recorded hundreds of times. But what few people know is that the Greensboro Symphony Orchestra’s Musical Director, Dima Sitkovetsky, played a vitally important role in shaping the work as it is heard today.  It is a remarkable story. 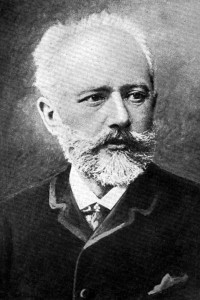 In the late 1870’s, the great Russian master, Tchaikovsky left his home country for a resort in Switzerland to recover from a failed marriage. The location inspired him to compose the Violin Concerto, and the more he composed, the better he felt. He loved his new work, and upon its completion in 1878, he gave it to violinist Leopold Auer for the first performance.

Although Auer was a gifted musician and teacher, he was unable to handle some of the technical difficulties in this new music.  One of the problems was the actual physical makeup of his hands. He later wrote, “My hands are so weak and their conformation is so poor that when I have not played the violin for several successive days … I feel as if I had altogether lost the facility of playing.” And, because of this, Auer actually refused to play the premiere. This is not what the still grieving Tchaikovsky needed!

After the concerto received its first performance by Alexander Brodsky in Vienna three years later, Auer realized he was missing out on a wonderful new piece for the violin. So what did he do? He edited the violin part to fit his abilities so he could play it. This simplified version is what he taught to his students, and this version is what many violinists played for many years. 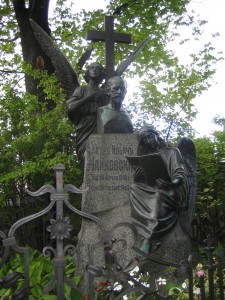 The story now shifts to the Greensboro Symphony Orchestra’s Music Director, Dmitri Sitkovetsky. The young Dima grew up under the Communist regime and began an intense study of music starting at age three. His skill on the violin developed to surpass Auer’s, and when he was a student at the Moscow Conservatory, Dima decided to play the Tchaikovsky Violin Concerto as the composer originally wrote it. What did he find? He liked Tchaikovsky’s version much better. Sitkovetsky comments “Auer’s edits are not very smart because they do not do that much. They go against the nature of Tchaikovsky’s writing. If you make these changes, you disturb the fabric of the piece. So I wanted to play Tchaikovsky’s music, not Auer’s.”

As Sitkovetsky was building a career as a violin virtuoso, he found that most violinists played the edited version of the concerto. Rather than play Auer’s version, “I was absolutely determined to play the original version. And when I started playing it in the West, it was rare that someone played Tchaikovsky’s uncut concerto. Today, many performances are of the original work, but this is only a phenomenon that has been around for a couple of decades.” Without Sitkovetsky, many audiences around the world would not know the music as Tchaikovsky wrote it.

Personal Touches to the Concerto

Beyond rejecting Auer’s edits, Sitkovetsky has a unique way of approaching the concerto. “I have a particular way of doing it – some personal touches, one could say. I believe that this is the way to do it, and I always make the conductor rehearse with me so that he knows how to accompany me. It’s not a piece I tire of. Whenever I play it, it’s a big occasion because I love the piece.”

And concert goers will have an additional treat beyond hearing Dima play this wonderful music. For sale at the concert will be copies of the recording he made with conductor Sir Neville Marriner in 1999. Sitkovetsky will sign copies after the performance. Of course, the CD is of Tchaikovsky’s original version. Dima would never play it any other way.