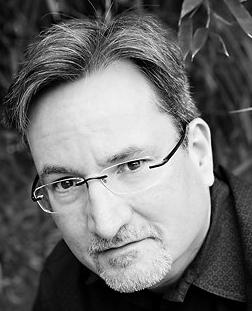 Dr. David Nelson is a music educator whose passion is leading trips to the musical capitals of Europe. As the founder of In Mozart’s Footsteps, he brings an ideal background to lead these trips: a love of making musical history come alive for others, and the more than thirty years of experience as a music professor.

Since 1992, he has taken more than 700 people on his trips. His first tours were to Vienna, and now he brings music lovers to Vienna, Salzburg, Prague, Budapest, and Leipzig.

Dr. Nelson is also the author of “Vienna for the Music Lover,” “Vienna Music Guide,” and “Salzburg Music Guide.” The two “guides” are published in English and German, and “Vienna for the Music Lover” is available in English, German, and Chinese. He is currently writing a “Visiting Beethoven,” a guide to the places Beethoven visited. This will be published in time for 2020, the 250th anniversary of the composer’s birth.

Vienna’s Chief Executive Dr. Ernest Theimer presenting the “Medal of Honor of the City of Vienna” to David Nelson in a 2008 ceremony

To recognize and honor Dr. Nelson’s years of dedication to research on the music of Vienna, the City of Vienna awarded Nelson with their “Golden Medal of Honor” in March 2008. This is one of the highest awards Vienna can offer, and the award to Nelson was the second highest ever given to an American. The highest went to Leonard Bernstein! Here is the link to the City of Vienna’s Press Release (in German).

Nelson received an additional honor in 2002-03, when he held an endowed professorship, the Marshall Plan Anniversary Professor of Austrian Studies, at the University of New Orleans.

Nelson’s training includes a Bachelor of Music Education cum laude from the University of Michigan. His graduate degrees are from Northwestern University: a Master of Music in Conducting and a Ph.D. in Music Theory. As a conductor, he has led operas by Mozart, Puccini, and Menotti, numerous musicals, high school and college bands, as well as being the music director of the New Orleans Civic Symphony and a guest conductor of the New Orleans Symphony Orchestra. As a scholar, he has published articles on Stravinsky and Mozart, and written book chapters on music theory, the Mozart Effect, the Cello Collection at the University of North Carolina Greensboro, and the music of Olivier Messiaen. He las lectured in many venues in Austria and the Czech Republic. Formerly on the faculty of the University of New Orleans, he currently teaches at the University of North Carolina at Greensboro.

Dr. Nelson is also an avid photographer. All of the photographs in this web site are his. Click on any image so see an enlargement.