Mahler’s Fourth Symphony is usually considered the composer’s most popular symphonic work. Part of its popularity is because of what makes it different from his other symphonies. The rest are all large, dramatic works, lasting considerably more than an hour, and featuring a huge orchestra that is often supplemented by an equally large chorus. In comparison, the Fourth is shorter, requires a smaller orchestra, and has only a few moments of overt power. While much of Mahler’s orchestral writing is emotionally extroverted, this symphony verges on the delicate. 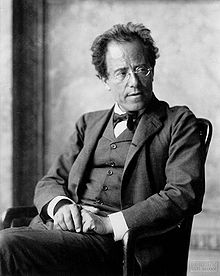 It was actually the differences between this work and his previous symphonies that shocked early audiences. At the premiere in Munich on November 25, 1901, with Mahler conducting, many were disappointed to hear a gentle opening of flutes and sleigh bells followed by a string melody that could have been written by the Viennese melodic master, Schubert, himself. This was such a contrast from what they were expecting that many in the auditorium did not think the work was serious. One early reviewer even described it as a “musical monstrosity …  the most painful torture to which he has been compelled to submit”. The composer only laughed, commenting “they didn’t know how to swallow it, forwards or backwards.”

This history of the work is a bit unusual. Mahler’s original plan for his Third Symphony, one of the largest and most powerful compositions to date, was to end the work with a vocal setting of “Wir genießen die himmlischen Freuden” (We enjoy heaven’s delights). But this gentle song was so incongruous with the rest of the work that the composer temporarily put it aside with the intention of building a new symphony around it. It is this lovely vocal setting that became spiritual center—and final movement—of the Fourth Symphony. 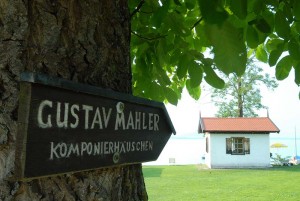 Mahler's "Composing House" on Attersee in Seefeld, east of Salzburg.

After the surprisingly gentle opening, the remainder of the first movement contains one lyrical melody after another. Even its tempo marking, bedächtig, nicht eilen (deliberate, unhurried), suggests a warmth of sound that will eventually lead to the joys of the spiritual divine of its final movement. And the movement is actually cast in a relatively traditional sonata form: an organization of keys and melodies that originated with Haydn, Mozart, and Beethoven more than a century earlier.

A nervous, almost demonic energy pervades much of the second movement. Mahler has the solo violinist tune their instrument up a whole step, creating an almost ghoulish sound. In a letter to his friend Natalie Bauer-Lechner, the composer describes his intention as “the gruesome dance … [in which] the mistuned fiddle of the skeletal figure of death [creates] a grisly, sudden feeling which comes over us. The Scherzo is so mysterious, confused, and supernatural that your hair will stand on end when you hear it. But in the Adagio to follow, where all this passes off, you will immediately see that it was not meant so seriously.” 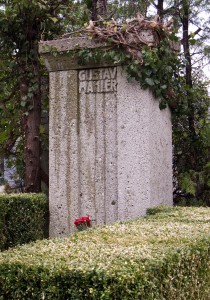 This Adagio is one of the most serene and tranquil movements in all of music, reminiscent of the slow movement of Beethoven’s Ninth. “Never was there a richer mixture of colors” were Mahler’s words. And like in Beethoven’s symphony, there is a huge—and somewhat unexpected—climax just before the end. Following the climax is music that can only be described as ethereal or celestial.  The composer described these last moments of music before the finale: “The dying away is like the music of the spheres;  the atmosphere is almost that of the Catholic Church.”

When the final movement is reached, the first three movements now take their places as an extended introduction—spiritually and musically—to the music Mahler had written several years earlier. He opens his soul and shares his own beliefs in the joys that await mankind in the spiritual realm of heaven. And, to make sure the message is just right, he does what he had done in some previous works: he adds the human voice. Perhaps we need to consider only one line of text to understand the composer’s intention.

Kein Musik ist ja nicht auf Erden, die unsrer verglichen kann werden.
No music is anywhere on earth can be compared to ours [in heaven].

In the Fourth Symphony, Mahler did not need hundreds of performers on stage to communicate his message. All he needed was a single voice.Here