Day 7 – Attending Performances in Morning and at Night

The first full day of the UNCG trip had two performances. I usually don’t like scheduling two musical events in a day, but the opportunity was there, so we took it! 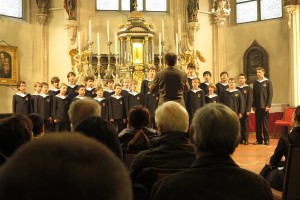 Our morning started in the Imperial Chapel to hear the mass where the Vienna Boys Choir has sung since 1498. We were sitting on the main floor (there are seats on several levels in the Imperial Chapel). What is unique about going there is that the choir sings from the very top level and can be heard but not seen. In past years when I have been there for mass, the choir would stand outside on the steps after mass for pictures. What they are doing now is having the choir come to the front of the altar after the service is over and sing something short so that everyone could hear them. This is a great idea.

That night, we heard one of the best known Viennese works of them all: Johann Strauss, Jr.’s “Die Fledermaus”. This is an operetta full of masked trickery, revenge plots, and comic scenes. In the end, everyone makes up and blames the champagne for causing any problems!

I have been to this production at the Volkoper many times, but this performance was by far the best. The singing was excellent, the orchestra sounded great, and, best of all, the acting captured just the right nuance of this best-known of all Viennese operettas. 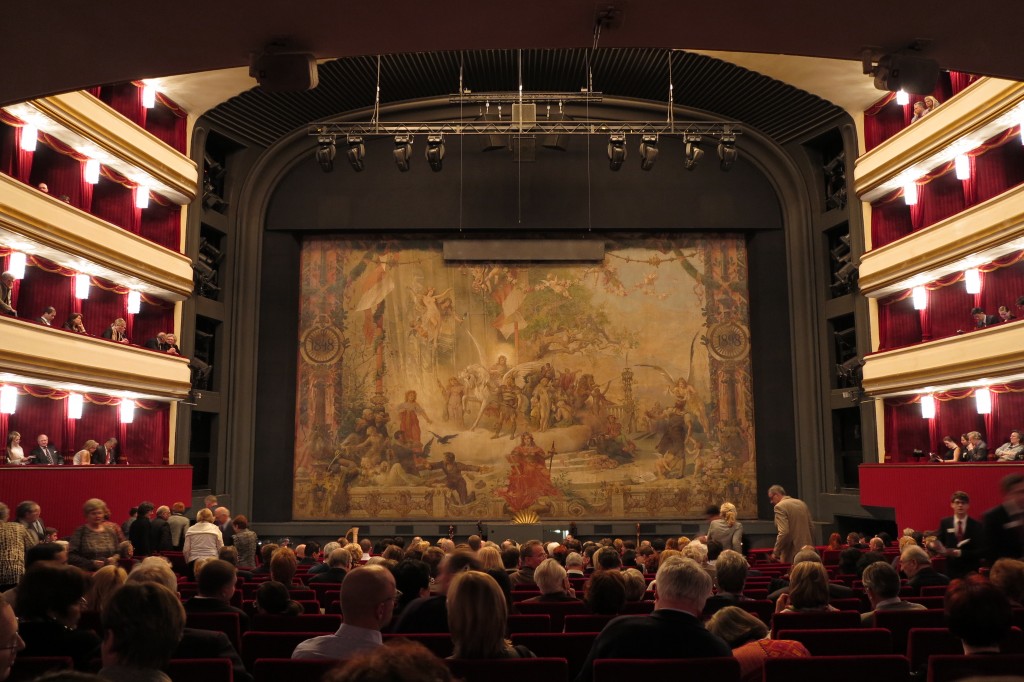 The auditorium of Vienna's Volksoper before "Die Fledermaus"

This entry was posted in Trip Blogs, Vienna's Musical History. Bookmark the permalink.