Yura Lee is one of only a handful of musicians to have successfully made the transition from child prodigy to mature artist. Her story is remarkable. She was born in South Korea in 1985, began studying violin when she was four, and won her first major competition the following year. Since then, she has studied at Juilliard, performed concertos with orchestras such as the New York Philharmonic, Chicago Symphony, and Cleveland Orchestra, and has worked with conductors Lorin Maazel, Christopher Eschenbach, and Leonard Slatkin.

But what makes her upcoming performance with the Greensboro Symphony Orchestra so special is that it will be the second time Yura Lee has played with the orchestra. And the first was in 1997 when she was not even a teenager. 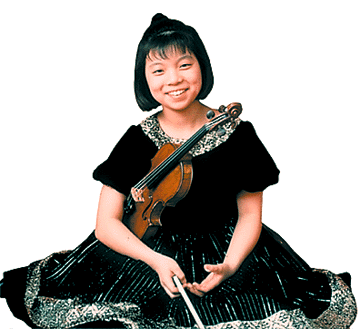 To get perspectives on Yura’s playing from the different stages of her career, I spoke with two musicians who know her first hand: Stuart Malina, who conducted her 1997 performance in Greensboro, and Dmitry Sitkovetsky, who will lead the performance next weekend.

Malina set the scene with a good perspective on what it is like to work with a 12-year-old soloist. “You never know what to expect with young players. When you see a prodigy, you ask how they are going to do as performers, what kind of interpreter they will be because they do not have years of maturity behind them, and how are they going to deal with the pressures of performing with an orchestra.” 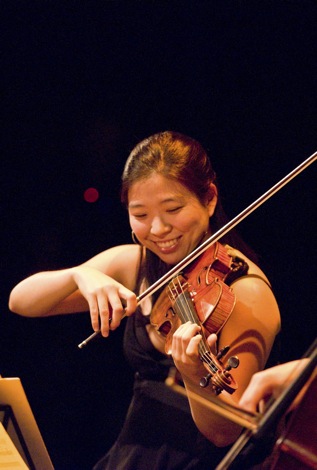 So how did the young violinist perform in Greensboro? “She was dazzling and gave a mature performance of a difficult piece, the Mendelssohn Violin Concerto.” And when I asked whether Yura was nervous, the former music director of the orchestra laughed and said, “No, not at all”.

Of course, I wondered how such a child would act in the spotlight of soloing with an orchestra. Malina was more than complimentary about how Lee did. “The most amazing thing was how maturely she carried herself in rehearsals and in performance, and also how she was with the patrons. Yura was gracious. I never saw her as a little girl pretending to be an adult, but as a little girl being absolutely comfortable in her ‘little girlhood’. She was charming, polite, and dazzling as a musician.”

When such a young performer takes the stage, the audience is frequently both curious and captivated. It’s one thing to hear a mature virtuoso, but witnessing a prodigy is something different. Stuart continues, ”When you see a little kid come on stage and move her fingers so fast and play a complex concerto from memory without any kind of a mess up, it’s amazing. At that point, the audience had a combination of awe, enthusiasm, and wonder. Yura’s performance was a tremendous sensation. I know that everyone left the concert happy.” 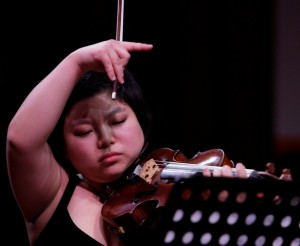 As Yura Lee prepares to return to Greensboro to play Paganini’s Violin Concerto No. 1, I asked Dima Sitkovetsky what his impressions of her were. “I first met her about four years ago when I was conducting the Mozart Competition in Augsburg, Germany. There were three finalists and by far she was the best. Yura played a Mozart concerto, but I was especially taken with her rendition of the Bartok 2nd Violin Concerto, which was just sensational, really terrific. I knew she was a first-class talent.”

At time Dima did not realize that the now mature violinist has played with “his” orchestra. “When I returned to Greensboro, to my surprise, I learned that she had played here when she was quite young. It’s a pleasure now for us to have her back with the orchestra after fourteen years.”

This article was first published in Greensboro, North Carolina’s News and Record on January 16, 2011.