Smetana’s Deafness and “The Moldau”

There are several stories of great musicians who battled deafness yet continued to compose. Of course, Beethoven comes to mind. We all know his struggle to accept the impending loss of his hearing, and yet he continued to write miraculous music late into his life even without being able to hear the sounds that he wrote. Another composer who suffered a similar fate was Bedřich Smetana. 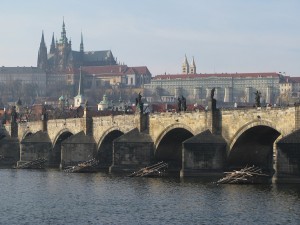 Smetana (1824-1884) had already established himself as a uniquely Czech composer. He was born in Bohemia and had developed a style of music that was intimately connected to his homeland’s struggle to be an independent country. Beyond composing operas based on traditionally Czech stories, he even was politically active, once taking part in barricading the famous Charles Bridge in Prague when under attack from Austrian forces.

“I Fear the Worst”

The composer’s deafness got worse as he was turning fifty, and he suffered continuous pain in his ears. He wrote in his diary, “I am to stay at home for almost a week. I cannot go out and have my ears wrapped in cotton wool since I must have complete quiet. I fear the worst—that I will become permanently deaf.” 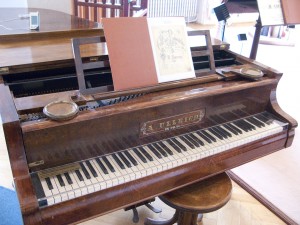 He had just completed an orchestral work entitled Vyšehrad, based on the ancient castle overlooking his home of Prague. Then Smetana had the idea to create a series of movements that would represent his personal feelings about the heroism and optimism of his Czech compatriots as they looked to build a new and independent nation. To show his dedication to this cause, he named the series of six movements Má Vlast, or “My Country”.

The second movement of Má Vlast has turned out to be Smetana’s best-known music, and the piece has enchanted audiences for more than a century. Most often it is performed as a single work, and not in the entire Má Vlast suite. The genesis for this singularly Czech music is country’s most historic river, the Vltava. 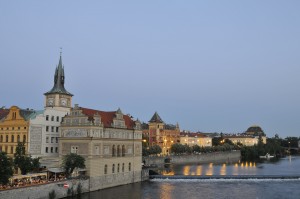 Inspiration in the Czech Countryside

Smetana had been staying with friends in the country. His friend later wrote about the composer’s reaction. “Here he heard the gentle poetic song of the two rippling streams. He stood there deep in thought. Looking around the enchantingly lovely countryside he followed the Otava (River), accompanying it in spirit to the spot where it joins the Vltava, and within him sounded the first chords of the two motives which intertwine, and increase, and later grow and swell into a mighty melodic stream.”

Watch a video of the Czech Philharmonic performing the main theme of “Die Moldau”. 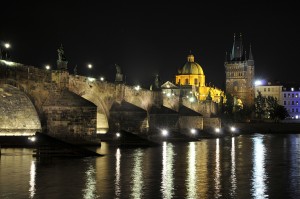 The Charles Bridge over the Vltava River at night

Once the inspiration came to Smetana, the rest of the piece naturally flowed (sorry for the pun) onto his music paper. Listening to this music is literally taking a trip on the river from where the tiny streams begin to the majestic river that bisects the capital city of Prague. On the way, it passes rustic wedding scene, picturesque woods and meadows, the dance of a mermaid (from traditional Czech folklore), and loud rapids.

In a strange twist of fate, the music has usually been called “Die Moldau” which is the German name of the river instead of the Czech “Vltava”. One would think that such a prominent piece of nationalistically Czech music would have maintained its title in the native tongue. Regardless of its name, it is a remarkable composition, and we will be able to hear it in a fine performance in the upcoming concert. Unfortunately, the deaf Smetana was never able to hear it for himself.