James Taylor’s “You’ve Got a Friend”

James Taylor is a master singer and songwriter. His iconic voice and distinctive song style are known throughout the world, and his music has sold millions of copies. Yet, for all his great acclaim, his only number one song was not written by him, but by one of his best friends. 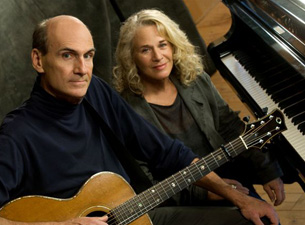 One of the best-selling albums of all time is Carole King’s “Tapestry” from 1971. It won Grammy Awards for Album of the Year, Best Female Pop Vocal Performance, Record of the Year (“It’s Too Late”) and Song of the Year (“You’ve Got a Friend”). Two songs from became number one singles, “It’s Too Late” and “I Feel the Earth Move”, and the album has was ranked number thirty six in Rolling Stone Magazine’s top five hundred albums of all time. But although “You’ve Got a Friend” was Song of the Year, Carole King never released it as a single.

Taylor and King had known each other for a long time. One of James’s boyhood friends was a musician named Danny Kortchmar who performed in a group called “The City” along with Carole. Kortchmar introduced the two. In 1971, Taylor did a 27-city tour of the United States and King was his opening act. 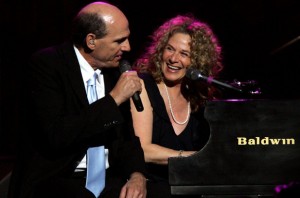 In a quirk of timing, Taylor and King were recording in Los Angeles down the street from one another at the same time. Carole was working on “Tapestry” and James on “Sweet Baby James”. James even wrote the liner notes for Carole’s album, so he knew the music well.

Around that time, the two has separate performances lined up at the Troubadour Theater. They happened to run into one another one afternoon, and Taylor told King that he liked “You’ve Got a Friend” very much. Carole’s response was more than gracious; she suggested that he record his own version of the song. Now there were two different versions of the song and radio stations has to choose which to play over the air. Most people think that the Taylor’s gentle guitar playing made the difference, and his version got the airplay. 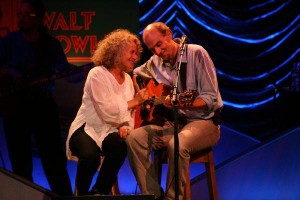 Taylor did not just record King’s song verbatim; he made just the slightest change in the lyrics. Carole’s version begins with “when you’re down and troubled and you need some loving care”, but Taylor changed it to “when you’re down and troubled and you need a helping hand”. Rumor has it that Carole was upset with changing her lyrics, but, when she heard James’s version, she told him “James, I have no problem at all with your version of my song. Those lyric changes don’t bother me one bit.”

Many Versions of the Song

But the song is still most closely associated with James Taylor and Carole King. It was good to them, too, earning Carole the Grammy for Song of the Year and James for Best Male Pop Vocal Performance.

Here is a YouTube video of James Taylor singing “You’ve Got a Friend” with Carole King accompanying on the piano.

See a related blog on James Taylor’s “Carolina in My Mind”.