James Taylor’s “Carolina in My Mind” 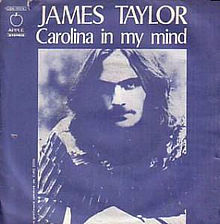 Lots of states have “unofficial” anthems. “Rocky Mountain High” for Colorado and “Take Me Home, Country Roads” for West Virginia are two of the best known. For us here in North Carolina, “Carolina in My Mind” by James Taylor is as much a state song as “The Old North State”, the official state song. It is frequently heard at UNC Chapel Hill and is sung by the graduating class at every commencement. A group of singing soldiers from Fort Bragg known as the 82nd Airborne Division All-American Chorus recorded it in 2009. Additionally, South Carolina has used the song for a soundtrack of music depicting our southern neighbors.

For all of its local spirit, one might not realize that is was actually written in Europe. In summer 1968, Taylor began the song while he was in London recording an album for The Beatles’ Apple Records. In fact the lyric a “holy host of others standing around me” refers to proximity to The Beatles, who were working on their White Album at the time. 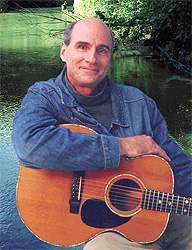 During that time, Taylor took a trip to Formentera, a small island in the Mediterranean Ocean off the coast of Spain. There he met a beautiful Scandinavian woman named Karin, who had shoulder-length blonde hair and was perhaps twenty years old. (James was the same age.) The two never met again after their brief encounter. The second stanza of “Carolina in My Mind” is about her: “Karin she’s a silver sun, You best walk her way and watch it shinin’, Watch her watch the mornin’ come.” Their short their short time together made him realize how homesick he was for his home and family. He finished the stanza with “A silver tear appearing now I’m cryin’, Ain’t I goin’ to Carolina in my mind.”

The first recording of “Carolina in My Mind” was when he returned to London. Taylor had some pretty strong musicians backing him up; including none other than Paul McCartney on bass and George Harrison on background vocals. Not bad for a twenty-year old from Chapel Hill. There was even a 30-piece orchestral accompaniment that was recorded but never used. Critics called the song “one of the two most deeply affecting cuts” on the album and “a quiet masterpiece”.

But the song did not garner much notoriety. It only reached number 118 on the US pop charts and never even made the charts in Great Britain. When reissued in 1970, it did a little better, reaching number 67 on the US charts. 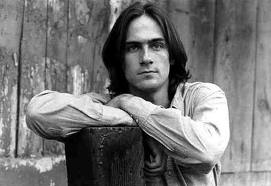 While Taylor was putting together his Greatest Hits album in 1976, he wanted to include “Carolina in My Mind” but had difficulties obtaining the rights from Apple Records. He was not even sure where the master recording was. Not being deterred by this, and wanting the song on his album, Taylor just re-recorded it. And this recording is what most of us are familiar with.

The 1976 version was recorded in Los Angeles and was accompanied by some of the West Coast’s finest studio musicians. Taylor took the tempo a little slower and made the song a little richer and fuller. A few years later, Rolling Stone Magazine called this a “stunning” remake, and commented on how Taylor’s voice had strengthened since the 1968 recording.

Taylor grew up in Carrboro, next to Chapel Hill, where his father was a professor at the University of North Carolina School of Medicine. The singer later reflected upon is song, saying “Chapel Hill, the piedmont, the outlying hills, were tranquil, rural, beautiful, but quiet. Thinking of the red soil, the seasons, and the way things smelled down there, I feel as though my experience of coming of age there was more a matter of landscape and climate than people.”

And without missing North Carolina while in Europe, he might never have written “Carolina in My Mind.”

See a related blog on James Taylor’s “You’ve Got a Friend”.