The Enigma Variations started as a way for Elgar to entertain his wife. One night in 1898, the composer was improvising melodies at the piano. Alice liked one of these and asked her husband to play it again. Not only did Elgar repeat the music, but he then spontaneously created variations on that theme in different styles that reminded them of different friends. Sometimes profound works of art have simple beginnings.

Elgar obviously liked what he had started and expanded the little “portraits” into the piece performed tonight. He dedicated the work “to my friends pictured within” and even included the initials of his “subjects” in the name of each variation. Just some of the musical caricatures include the excited voice inflections of an actor (Variation III), an amateur violinist who had trouble crossing strings (Variation VI), the house of a music lover (Variation VIII), and the bulldog of one of his friends as it jumps into a river (Variation XI). 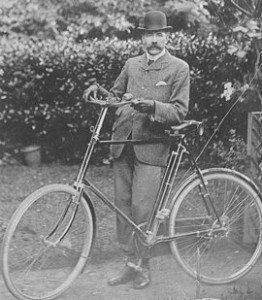 The most intriguing aspect of the Enigma Variations is that Elgar wrote that there was a hidden theme in the work that is “not played”. Just what was meant by this has been fodder for scholars to debate for more than a century. Some think that the mysterious music is “Auld Lang Syne”, but the composer ruled this out. “Rule Brittania” is another possibility, and many have supported this idea over the years. It may be Mozart’s “Prague” Symphony, which shared the concert when the Enigma Variations were first performed in 1899. And others feel that the “Enigma melody” is really an accompaniment to some other tune.  Personally, I support those who say that the “solution” to this enigma is better left unknown.

Here is a nice video of Daniel Barenboim conducting the Nimrod Variation. This is divine music.

This article first appeared in the Program Notes for the Greensboro Symphony Orchestra’s 2011-12 season.