It seems that many young virtuoso performers have one thing in common – they were born into a talented musical family. This was the case for Mozart as well as our own Dima Sitkovetsky. Lukas Geniušas, the soloist at this week’s concerts, certainly has a similar line of musical pedigree. 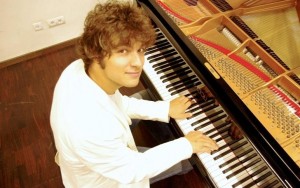 Lukas was born in Moscow on July 1, 1990. His father was the Lithuanian-born piano virtuoso Petras Geniušas, but it was his grandmother who was most influential in the young child’s development. Vera Gornostaeva was a prominent teacher and professor at the Moscow Conservatory, and she became Lukas’s first mentor. By age 5, the boy entered the preparatory division of Moscow’s Frederic Chopin Music College. Thirteen years later, he graduated from this institution with top honors.

Chopin is part of an interesting coincidence for us in Greensboro. Geniušas’s preparatory school was named after the composer, and Chopin’s Piano Concerto No.1 is the work that Lukas will perform with the orchestra this week.

Upon completion of the preparatory college, family and professional lives met for Geniušas. Lukas began his university-level training at the Moscow Conservatory where his teacher was none other than his grandmother, Vera Gornostaeva. One can only wonder if he called her “grandma” or “professor” during his lessons. 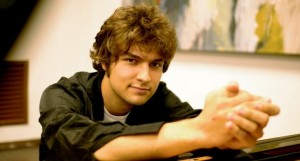 During his at both institutions, Lukas hardly remained in the practice room. In fact, the young virtuoso was already playing in international competitions, and won many of them. Even before he was twelve, he won the International Young Pianist Competition “A Step to Mastery” in St. Petersburg. In the following years, he placed first or second in competitions in Russia, Scotland, and Italy. He even won the Gina Bachauer International Artists Competition in Salt Lake City twice, once in their youth division and then in the adult division.

Lukas’s most recent and most important victory was at the 16th Chopin International Piano Competition in Warsaw in October 2010. You can see his final performance at the competition on YouTube, where he is playing the same concerto he plays this week!

Even at his young age, Geniušas’s repertoire is quite varied. As a Russian, it is not surprising that he plays Tchaikovsky and Rachmaninov in addition to standard works of Beethoven and Brahms. Beyond this, he plays Baroque through twentieth-century works, and has enlarged the repertoire of works for pianists by making his own arrangement of Hindemith’s Harp Sonata.

Lukas has appeared with numerous orchestras including the Symphonies of Hamburg and Duisburg in Germany, BBC Scottish Symphony, Kremerata Baltica, Lithuanian State Orchestra, and Warsaw Philharmonic. He has performed in France, Italy, Spain, Poland, Lithuania, Japan, South Korea, Germany, the United States, and other countries. 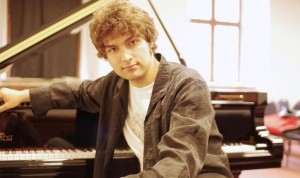 With such an impressive list of performances, it is not surprising that the critics have been most favorably impressed by Lukas. Only a few of his recent reviews include:

”Lukas Geniušas has sensational technical ability and an acute sense of style.” (The New Times, Russia)

“He demonstrated maturity that is rare for his age, highest level of piano technique, precision and clarity of performance, sense of style, energy and deep understanding of the material” (Music Life, Russia)

”Lukas has had big, big success all over, and he’s considered one of the most promising young pianists in Europe.” (Deseret News, Salt Lake City)

But for us in Greensboro, perhaps the best commentary on Lukas Geniušas comes not from a critic or his own grandmother/professor, but from the mother of the Greensboro Symphony’s Music Director Dima Sitkovetsky. After hearing Lukas perform Liszt B Minor Sonata, Bela Davidovich said: “.. this is a prodigious young talent, spiritually mature and in possession of a colossal virtuosic ability”.

This article first appeared in Greensboro, North Carolina’s News and Record on September 18, 2011.

This entry was posted in Greensboro Symphony Classical Concerts. Bookmark the permalink.