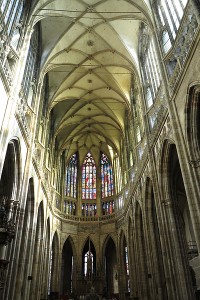 Overlooking Prague is the Prague Castle, and the center of the castle is St. Vitus Cathedral. We started our last full day of the trip with a guided tour of the Cathedral and several other historic building of the castle.

The cathedral had beautiful vaulted ceiling. What looked like stained-glass windows were actually painted windows and were extremely colorful.

In addition to the cathedral, we saw another chapel and one one of the oldest government rooms in the castle. Our walking tour ended on the picturesque Golden Lane. These colorful little homes were the residences of various workers in the castle. One of them was the home of Franz Kafka. 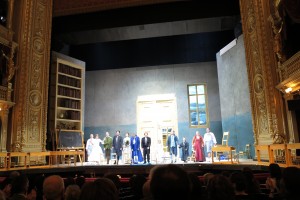 The curtain call at "Jakobin". You can see the set that looks like an over-sized school house.

Our last night in Prague was at the National Theater where we heard a little-known Dvorak opera, “Jakobin”. Actually, it is well known in the Czech Republic but virtually unknown in the United States. The story is of a powerful father and his estranged son. When the elder learns that his offspring has not become a French radical (a Jakobin) and has always loved his home country, the two are reunited. 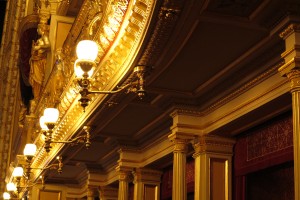 The auditorium of Prague's National Theater

Part of the story takes place in a school house, and the stage designer decided to emphasize this in the sets. He did this by having over-sized school chairs on stage at all times. It was certainly not a traditional staging of the opera, but man people, included our students, thought it was quite effective.

The National Theater was beautiful. It was also where “Jakobin” was first performed. 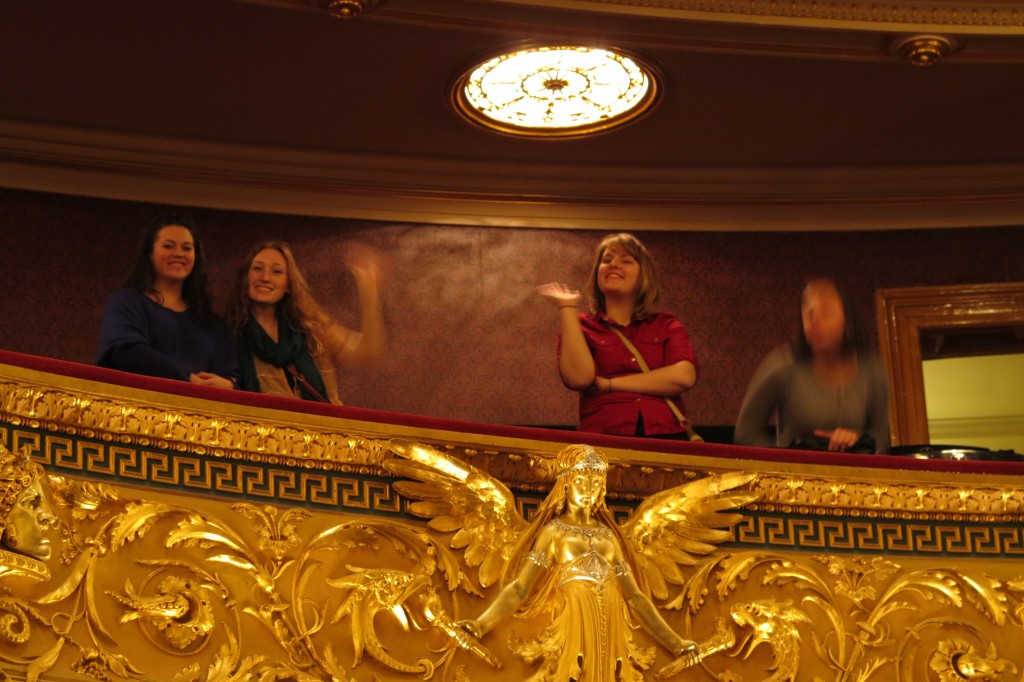 UNCG students having to the camera during intermission