Greensboro on the Danube

The Danube is one of the most historic rivers in Europe. Mozart, the Hapsburgs, Richard the Lionhearted, and the Magyars all traveled on the river, and the cities of Vienna, Bratislava, Budapest, and Belgrade grace its shores in its 1785 miles between Germany’s Black Forest and the Black Sea between Romania and Ukraine. The river figures in numerous stories, myths, artwork, and, of course, music. It is this “Danube Musical History” that is the Greensboro Symphony’s first Masterworks program this year. 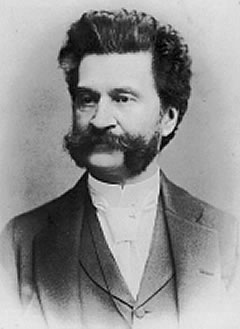 Geographically, this concert comes from the middle miles of the river with a lot of Vienna and a little Budapest. And the composers were all prominent in the great musical capital, Vienna. Featured will be three different Strausses and Brahms.

Lighter music of Vienna begins and ends the concert. The start of this season will be the Overture to “Die Fledermaus” by the Waltz King himself, Johann Strauss, Jr. This composer of memorable melodies started his career composing and performing dance music. During Vienna’s Carnival Season, he would often have several bands playing his famous waltzes around the city, and he would make special appearances at each. In the 1870’s, he branched out and starting writing music for the stage. His tunes were perfect for the new world of operetta. “Die Fledermaus” (The Bat) is his best known. 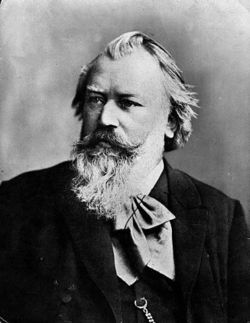 Dima Sitkovetsky will be the soloist in the next piece from the Austrian banks for the Danube. Brahms spent his mature years working and composing in Vienna, and his Violin Concerto was among his finest works. Dima also has a strong Viennese connection with this music. In 1979, he won the first Fritz Kreisler Competition playing the Brahms Concerto and the international television broadcast of it helped launch his career. This will be the first time he will play this music in Greensboro.

Following intermission, the concert takes a brief sojourn into Hungary as we turn to Brahms again. In 1869, his “Hungarian Dances” were published, first in two-piano versions, then in arrangements for full orchestra. When the composer was a young virtuoso pianist, he often accompanied for the Hungarian violinist Eduard Reményi. Brahms loved the gypsy-influenced music that they performed, and this was the genesis for his “Hungarian Dances”. 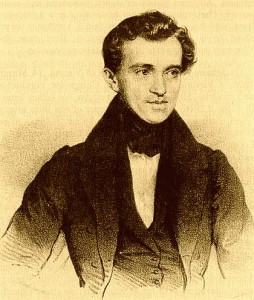 The final three works on the concert are by three different Strausses. “Ohne Sorgen” (Without Sorrows) Polka is by Johann Jr.’s  brother Josef. The polka is brisk and full of bubbling melodies, and Josef Strauss even has the orchestra shout out “ha, ha, ha” to show the carefree nature of the piece. It is his best known work.

Johann Strauss, Jr.’s “On the Beautiful Blue Danube” follows. Most people do not know that this was originally a waltz to be sung by a male choir. It was not very popular at its first (sung!) performance in 1867, but became a bit hit later that year when Strauss conducted the instrumental version at the Paris World’s Fair. Maybe the “Beautiful Blue Danube” needed a little water from the Parisian Seine River to make people notice.

Finally, the music of the father of the two Strausses, Johann Strauss, Sr., ends the program. His Radetzky March closes the famous New Year’s Day Concert in Vienna, seen annually on PBS. One of the great traditions of this concert is the audience clapping in rhythm with the main theme. I would not be surprised if Dima invited the audience to join along in true Viennese fashion.

The Danube might not be the source of all the music on the program, however. These concerts will celebrate Dima Sitkovetsky’s birthday on September 27, and “Happy Birthday” has its roots in the United States. I wonder if it was written along the Mississippi or Hudson.

This article appeared in Greensboro, North Carolina’s News and Record on September 23, 2012.