The following is a draft excerpt from my next book on the musical sites of Vienna which will be published by Doblinger Musik Verlag in Spring 2013. This may not be reprinted or quoted without permission of the author.

The Konzerthaus is another world-class concert hall in Vienna. It presents a wide variety of artists performing standard classical fare as well as early music, modern music, jazz, folk, and world music. 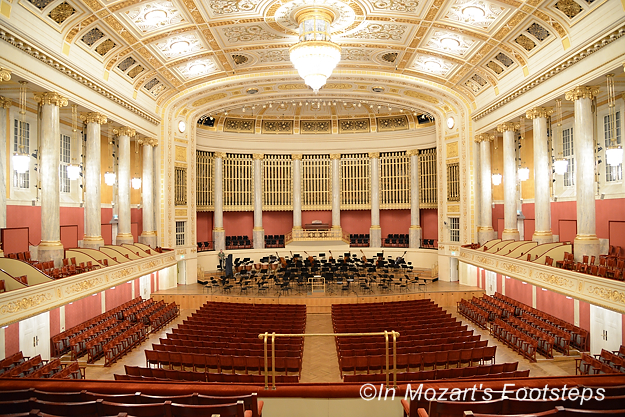 The Large Hall of Vienna’s Konzarthaus

As early as 1890 the Viennese began to wish they had another concert venue to complement the Musikverein. Not wanting to duplicate the famous hall, the new building was to appeal to a wider section of the public and serve a variety of functions. The original plan was to be the “Olympion”, a large complex with concert halls, skating rink, bicycle club, and an outside arena for 40,000 spectators. Although this plan was never realized, there is still a skating rink and beach club next door. 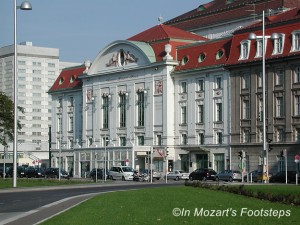 There are three main concert halls which are literally three separate buildings behind a common façade. This design helps to eliminate noise spillage from one auditorium to another. The Great Hall is the largest and is mainly used for orchestral concerts. It features the largest concert organ in Europe. To the right side of the stage is a private booth that was used by the Habsburgs when they wanted to hear a concert without being seen.

The Mozart Hall is used for chamber music, recitals, and chamber orchestra concerts. It is simply decorated and some believe it has the best acoustic for a small hall in Vienna. The Schubert Hall is the smallest of the three main halls and is the only one without a balcony. 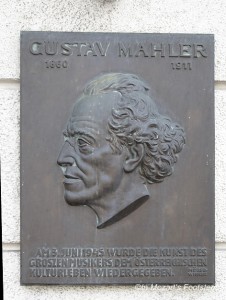 Mahler Plaque outside of the Konzerthaus

These halls are color coded: the Great Hall is decorated in dark red, the Mozart Hall in blue, and the Schubert Hall in yellow. The stairs leading to each hall has the matching color, and colored lights in the lobby signal the start of a performance. When the light is blinking, it is time to take your seat; when the light is solid, the concert has begun.

Underneath the lobby is the New Hall. Its modern design is mirrored by its vast technical and electronic capabilities, making this hall ideal for new music. There are also three smaller halls in the top level: the Schönberg Hall, the Alban Berg Hall, and the Wotruba Salon. Schönberg used to lecture in the hall bearing his name.

The statue of Beethoven in the lobby was a preliminary version of the monument across the street on Beethovenplatz. Inside the building is a plaque dedicated to Schumann to celebrate his repeated visits to Vienna. On the outside of the building are plaques dedicated to Leonard Bernstein and Gustav Mahler. 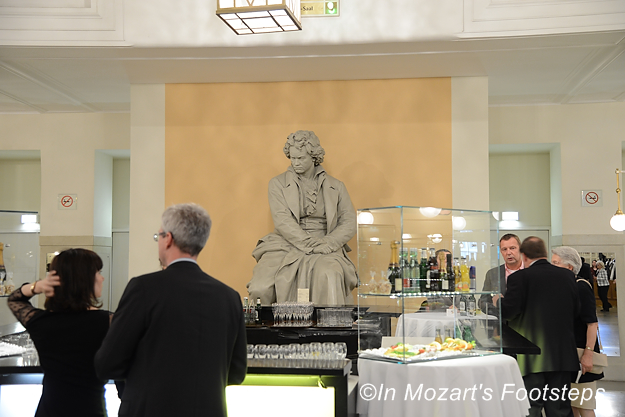 The Beethoven Statue in Vienna’s Konzerthaus