In a time where there seem to be dozens of up-and-coming virtuoso violinists, Mayuka Kamio stands out. The Japanese musician follows in the long list of great musicians from her country, including Seiji Ozawa, Midori, and Shinichi Suzuki. 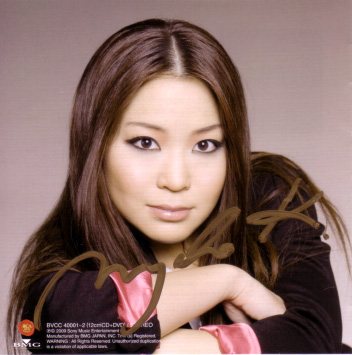 Mayuko was born in Osaka in 1986 and began to play violin at the age of four. Her earliest teachers were some of Japan’s finest violinists, and she studied at the Toho Gakuen School of Music. Like many other young violinists, she continued her education in the United States, studying at the Aspen Music Festival and the pre-college division of The Juilliard School. Zurich, Switzerland is her current home where she balances an international performing career with advanced studies at the Hochschule für Musik und Theater.

The Japanese virtuoso showed her talent at a young age. Kamio made her concerto debut in Tokyo at the age of ten under the baton of Charles Dutoit, and this was broadcast on NHK television. The following year, she was the youngest violinist ever to win a prize in the Menuhin International Violin Competition and performed with the Orchestra National de Lille under Lord Menuhin’s direction. 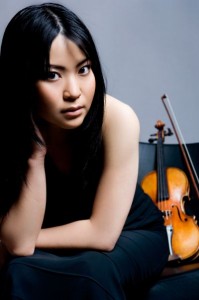 Mayuko was also active in the United States. When she was thirteen, Mayuko won First Prize in the 2000 Young Concert Artists International Auditions.  In 2001, she was the youngest artist ever to be presented in the Young Concert Artists Series at the Kennedy Center. Two years later, she made her New York concerto debut with the Orchestra of St. Luke’s at Alice Tully Hall and gave a recital at the 92nd Street Y.

On the European stage, she won Gold Medals at the Monte Carlo Violin Masters and at the International David Oistrakh Violin Competition in Ukraine. But her most notable award came in 2007 when she captured First Prize in International Tchaikovsky Competition. This competition, held every four years, has been won by such notables as Van Cliburn, Gidon Kremer, and Viktoria Mulllova.

Of course, these incredible successes have made Kamio in great demand as a soloist with orchestras throughout the world. To date, she has performed with the Tonhalle Orchestra in Zurich with Mstislav Rostropovich, the Israel Philharmonic under Zubin Mehta, the Russian National Orchestra conducted by Vladimir Spivakov, and the Prague Philharmonic, the BBC Philharmonic, the Oviedo Symphony Orchestra in Spain, and many others. And, proving that she plays more than just the classics, she has soloed with the Boston Pops conducted by Keith Lockhart. 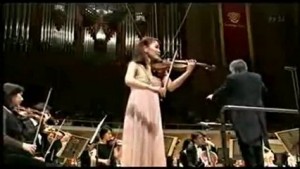 Fans of virtuoso artists love to buy their compact disks. To date, Kayuko has released four CD’s:  the Tchaikovsky and Prokofiev Concerti; another recording with orchestra of Bach, Waxman, and Chausson; a violin and piano recital with Stravinsky, Szymanowski, and others; and Paganini’s 24 Caprices for Solo Violin. When she signed with SONY BMG Masterworks, the head of the company said, “Mayuko just won the Tchaikovsky Competition and performed in Munich with Zubin Mehta, where I was delighted to witness a unanimous standing ovation for her performance. She will undoubtedly be one of the most inspired and gifted violinists on the international concert circuit.”

The New York Times described her 2008 recital as “distinguished by her warmly luxurious, buttery tone and long, seamless phrases.” Kamio plays a Stradivari violin from 1727 that was once owned by the 19th-century virtuoso Joseph Joachim.

Mayuko Kamio soloed with the Greensboro Symphony Orchestra in November 2012. This article appeared in Greensboro, North Carolina’s News and Record on October 28, 2012.