When we attend a concert these days, it is likely that we will hear the music of composers who died anywhere between 50 and 250 years ago. Composers who are still alive—people like John Adams, Steve Reich, or Arvo Pärt—are less known, even though their music is wonderful. But what about a musician who is Russia’s best-known living composer? Here is his fascinating story. 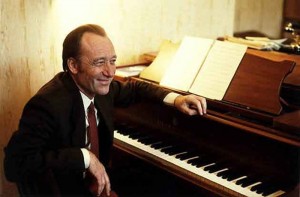 Rodion Shchedrin at the piano.

Rodion Shchedrin is now 80 years old, the son of a composer and music teacher in Moscow. Shchedrin’s talent was obvious at an early age, and he studied at the Moscow Choral School and the Moscow Conservatory graduating with honors when he was 23. Although he was a virtuoso pianist, he realized that he wanted to compose music as a career.

In his late 20’s, one of his first pieces to get notoriety was his ballet music to “The Little Humped-Back Horse”. But these performances were also important to Shchedrin as he met the ballet star Maya Plisetskaya who became his wife shortly afterwards. They have been married for more than 50 years. 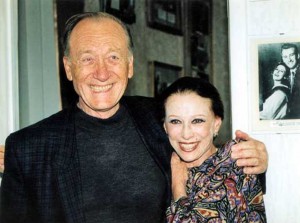 Shchedrin’s work with the ballet led him to compose one of his best-known works. He was asked to compose new music to the Carmen story. (Actually Shostakovich and Khachaturian has been asked first, but both turned down the request!) Although this was to be different music than Bizet’s famous opera, Shchedrin found it impossible to think of the story without recalling these well-known themes.

After much struggle, Shchedrin realized that the best solution was to take Bizet’s famous music and “recast” it for strings and percussion in a new and innovative way. The melodies that we know are still there, but the “packaging” is quite different and imaginative. One description says that “all the familiar tunes dressed up in a way Bizet would never have imagined, and with a sly grin and a twinkle in the eye.” Mstislav Rostropovich says Shchedrin’s “ingenuous sensation of orchestral color has manifested itself… in the immensely popular… Carmen Suite”. 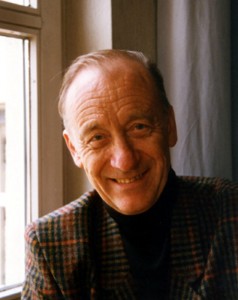 Shchedrin’s career has had several milestones. He received some of the highest awards offered by his government, including the USSR State Prize (1972), the Lenin Award (1984), and the State Prize of the Russian Federation (1992) which was given to him by Boris Yeltsin. For more than ten years, he was chairman of the Composers’ Association of the Russian Federation, succeeding Dmitri Shostakovich. It was Shostakovich’s wish that Shchedrin take this position.

Although much of Shchedrin’s music was supported by the rather close-minded Soviet government, he was not opposed to taking a strong political stance. In 1968, Shchedrin was asked to sign a letter in support of the invasion of the former Czechoslovakia. He refused.

Shchedrin has had an ongoing relationship with one of American’s finest orchestras, the New York Philharmonic. For part of their 125th Anniversary in 1967-68, the orchestra commissioned Shchedrin for a new work, and the composer wrote “The Chimes”. Leonard Bernstein conducted the premiere.

A decade ago, the Philharmonic commissioned him again. The result was Shchedrin’s “The Enchanted Wanderer”. Lorin Maazel conducted the premiere in 2002 and later said, “Rodion Shchedrin has bestowed upon the New York Philharmonic a masterpiece which [has] greatly enriched the repertoire of classical music… It is joyful to witness a composer who writes real music and not simply an assortment of sounds which attract the attention to their creator simply because he is celebrated and famous.”

A version of this article first appeared in Greensboro, North Carolina’s “News and Record” on January 13, 2013.