Michael Jackson with his family at the White House, a newly released photo

Newly found pictures of Michael Jackson are rare these days.

At the height of the Jackson’s popularity in the 1970’s, the entire Jackson family and band were to meet with President Gerald Ford in the White House. Unfortunately an emergency came up and the president could not attend the meeting. But the Jacksons were already there, and someone suggested that they visit the Rose Garden. When they were outside, Victor Vanacore, keyboardist with the band, asked one of the staff members take this photo. (Vanacore is second to the right.)

Since that time, the single copy of the photograph had remained on the wall of Vanacore’s study. But when he was getting ready for his recent performance with the Greensboro (NC) Symphony, he decided to make copies of it, and sell them as a fund raiser for Children’s Home Society of North Carolina. I bought number 11 of a limited edition of 3,000.

Now, can someone help me with all their names? 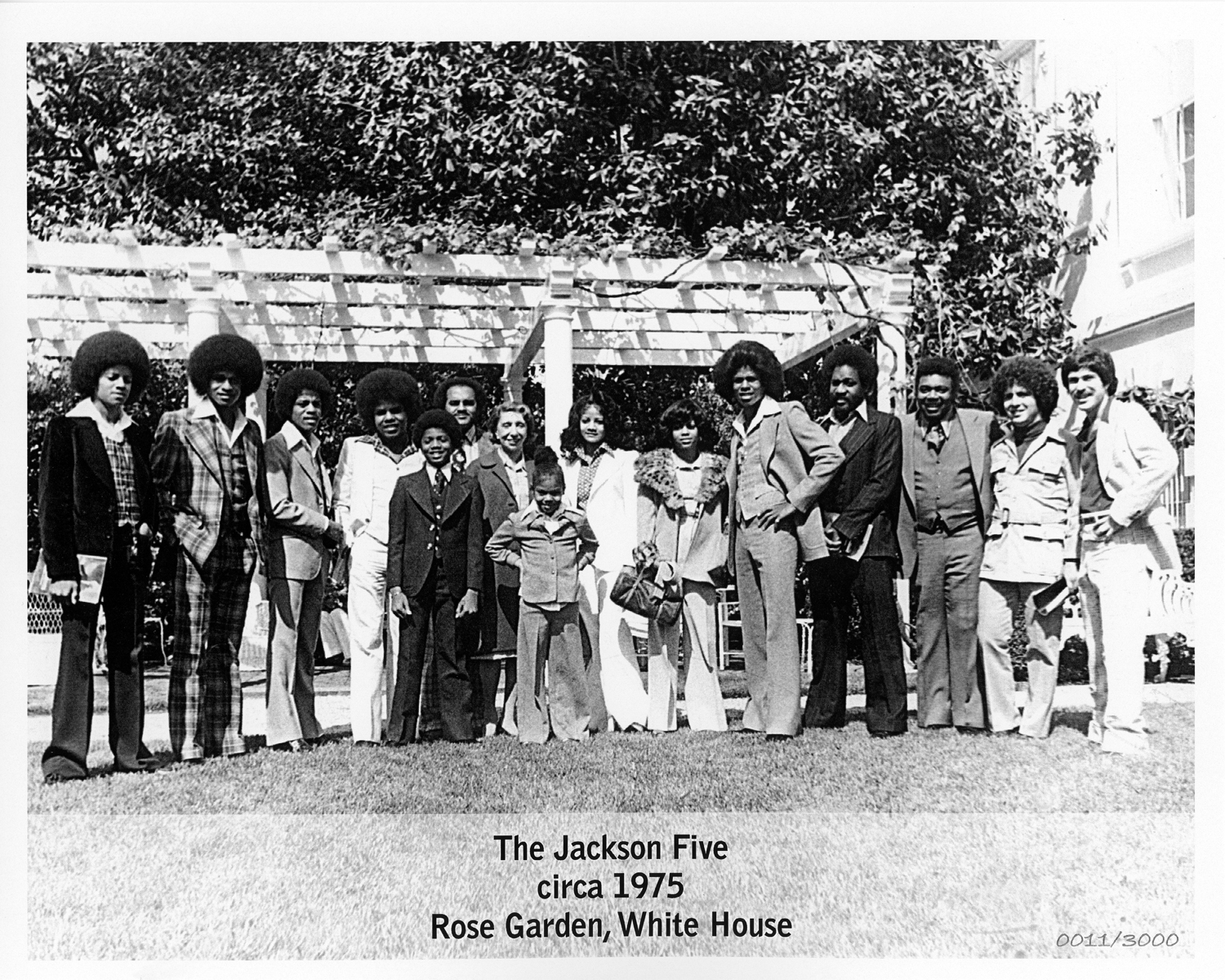