Joe Muranyi, who played clarinet with Louis Armstrong for many years, died earlier this week at age 84. I was fortunate to meet Joe in 2006 when we were both participants in the “Satchmo Meets Amadeus” Conference in Salzburg. 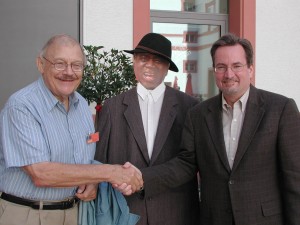 Joe Muranyi and me, with a cutout figure of Satchmo in the middle

I remember entering the breakfast room in the hotel. Reinhold Wagnletiner, the organizer of the conference, asked me if I knew “Joe”, and when I said I did not, he introduced us and we had breakfast together.

Joe was one of the most down-to-earth men I have ever met. He had great stories and loved to share his experiences, but he never played the role of a celebrity. He was just as interested in my work at the University of North Carolina at Greensboro as he was in telling what it was like to perform with Louis Armstrong.

One of the stories Joe told was about when Armstrong recorded “What a Wonderful World”, one of the most beloved recordings in music. Armstrong and Muranyi were sitting together when they heard the song for the first time, preparing to record it. Apparently Satchmo was not immediately taken with the tune because he leaned over to Joe and said, “what is this shit”. Quite a start for such a well-known recording.

Those of us in Salzburg also had the great treat of hearing Joe perform. He was a consummate entertainer, and he played and sang with great aplomb. Hearing such a master of an earlier jazz style transported us back in time. It was a special concert. 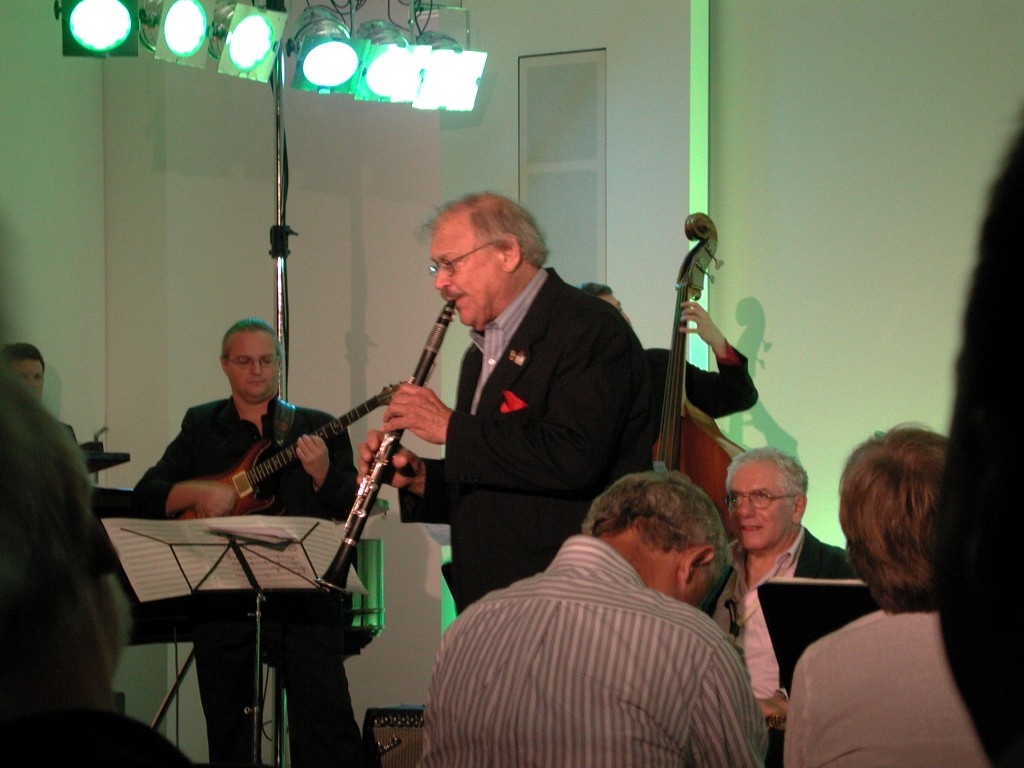 Joe Muranyi performing in Salzburg in 2006

Click here to read a heartfelt reflection on Joe’s life.